5 Reasons to runDisney in Disneyland 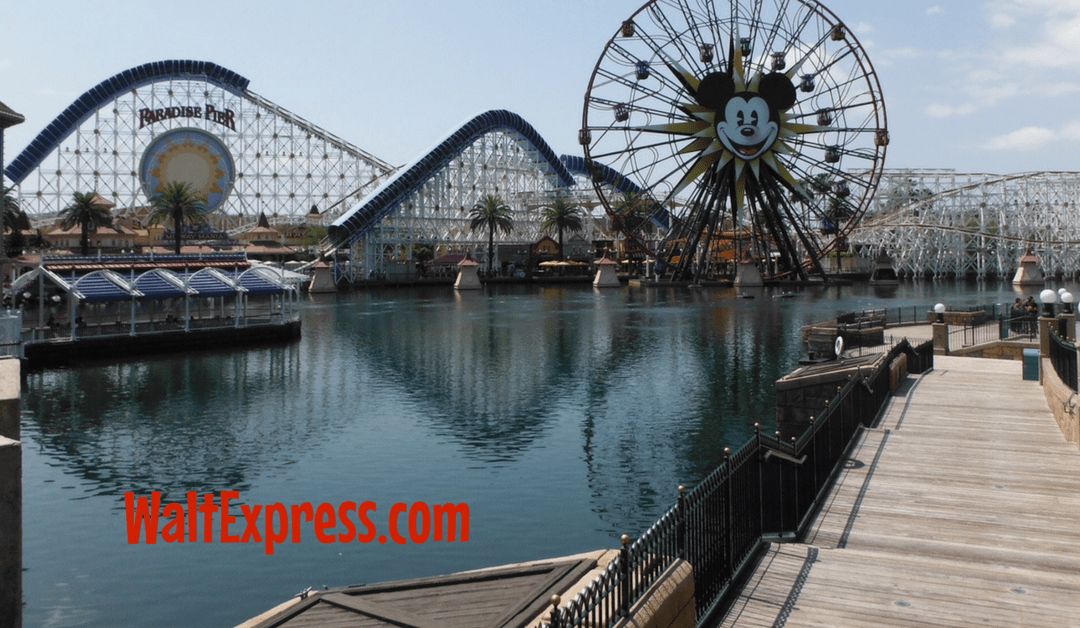 Disneyland and California Adventure offer so many new experiences for runDisney fans it would be a shame if you were to miss these great opportunities. These are reasons unique to Disneyland.  My list may surprise you!   Number 3 is my favorite so far. 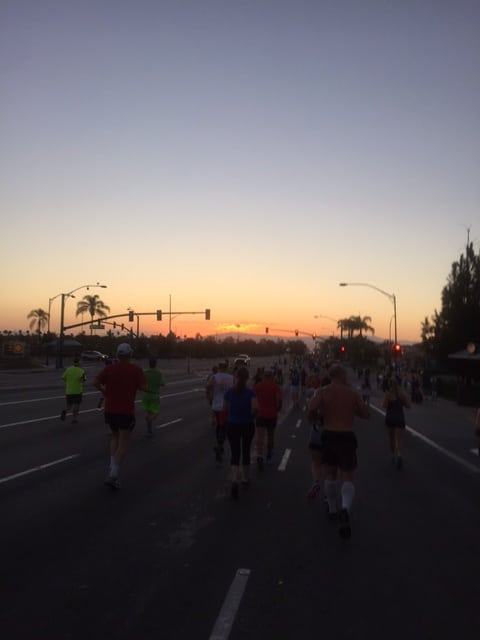 Ok, ok, if you live in California this isn’t “new”, but seriously there is something beautiful about a California sunrise.  The colors are just different.  It must be something in the air. We all know Disney’s footprint in CA isn’t nearly as large as central Florida.  So while running this beautiful 13.1 mile course, you can plan to see other parts of Anaheim.  And if you hit it just right you can view the most stunning sunrise you’ve likely ever seen. Yes, you are running when the sun comes up in Florida, but it has never been memorable.  I mean, it was so pretty I stopped mid run and took a picture of it!!! runDisney couldn’t have planed it better; it was a perfect combination of fun and running.  Other things to look forward to are the cooler temperatures.  The only downside I have heard is if the Santa Ana Winds are high sometimes, so expect the run to be breezy and down right cold at times. 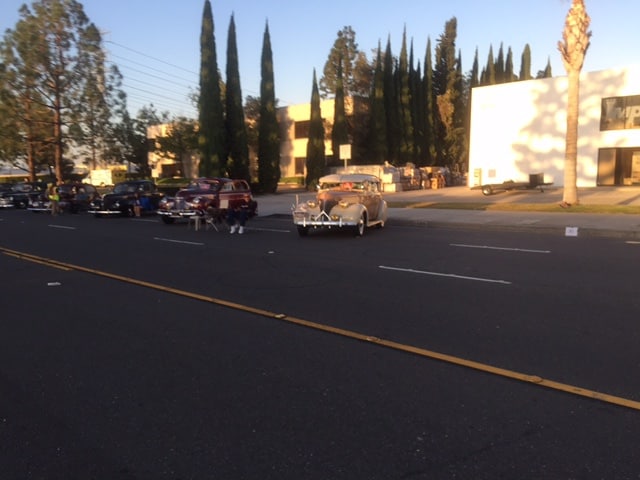 When was the last time you ran inside a Major League Baseball Field?  I don’t know about you but other than this NEVER!!!  runDisney makes it happen. During the Disneyland Half we ran around the outer dirt track down the first base line, around home plate, and up third base to the outfield.  In Walt Disney World during the marathon you run around the spring practice field…but there is no one there to cheer you.  In Angel Stadium, the energy was out of this world!!! Oh and did I mention they called every runner’s name out over the com system as you crossed over “home” plate.  Here is a small video of the cheering.How cool is that!!!  A must do for sure.

Imagine running down the streets of Anaheim and for at least a mile there are cars lined down each side.  From old collectibles to new hot rods.  Even ones that almost had a personality of their own.  It was unreal the amount of cars and people from the community that came to cheer and support the runners.  Due to the run not being on property for the majority of the miles, Disney couldn’t provide their characters out on the course like in Walt Disney World.  However, I found that runDisney does a great job of providing entertainment every mile despite the minor setbacks.  There were dance troops, local running clubs, even people dressed up as storm troopers or other Cos Play groups. 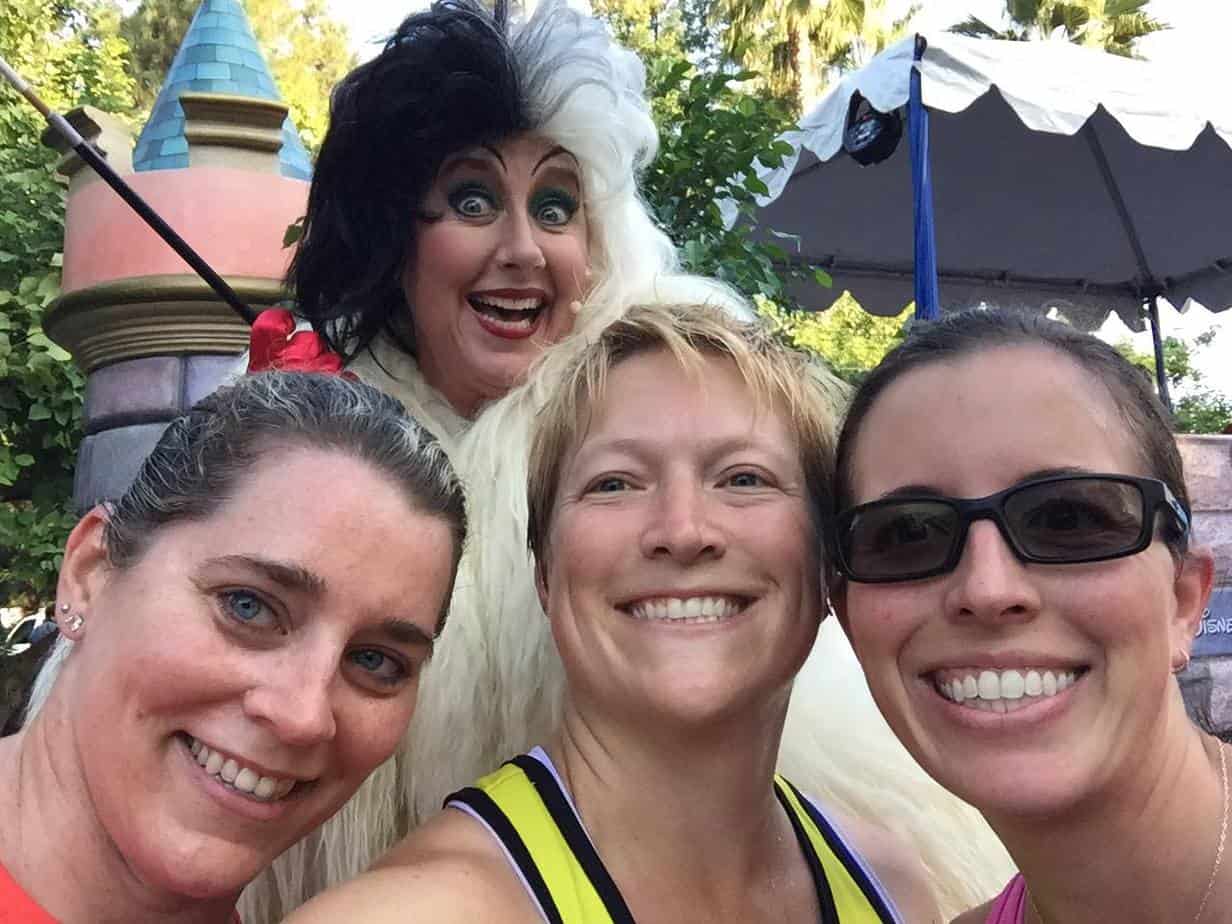 So when you DO get to run through the two parks, you can stop and take pictures with characters or at other notable spots…like in front of the Mickey Ferris Wheel which was all lit up at night.  The one thing that I did notice is that the characters didn’t have nearly the lines as they do in Disney World.  Partially they are elevated or blockaded in a way where you couldn’t get to them.  It didn’t stop our selfies!!!  It helped with the flow of the runners because a crowd wasn’t stopped in one place blocking the pathway.  If you have ever been to Disneyland, you know that things are a bit more narrow than at Disney World’s Magic Kingdom. So this seemed to help.  And I must add the backstage areas were full of surprises, so don’t forget to look around when you run through there!!! 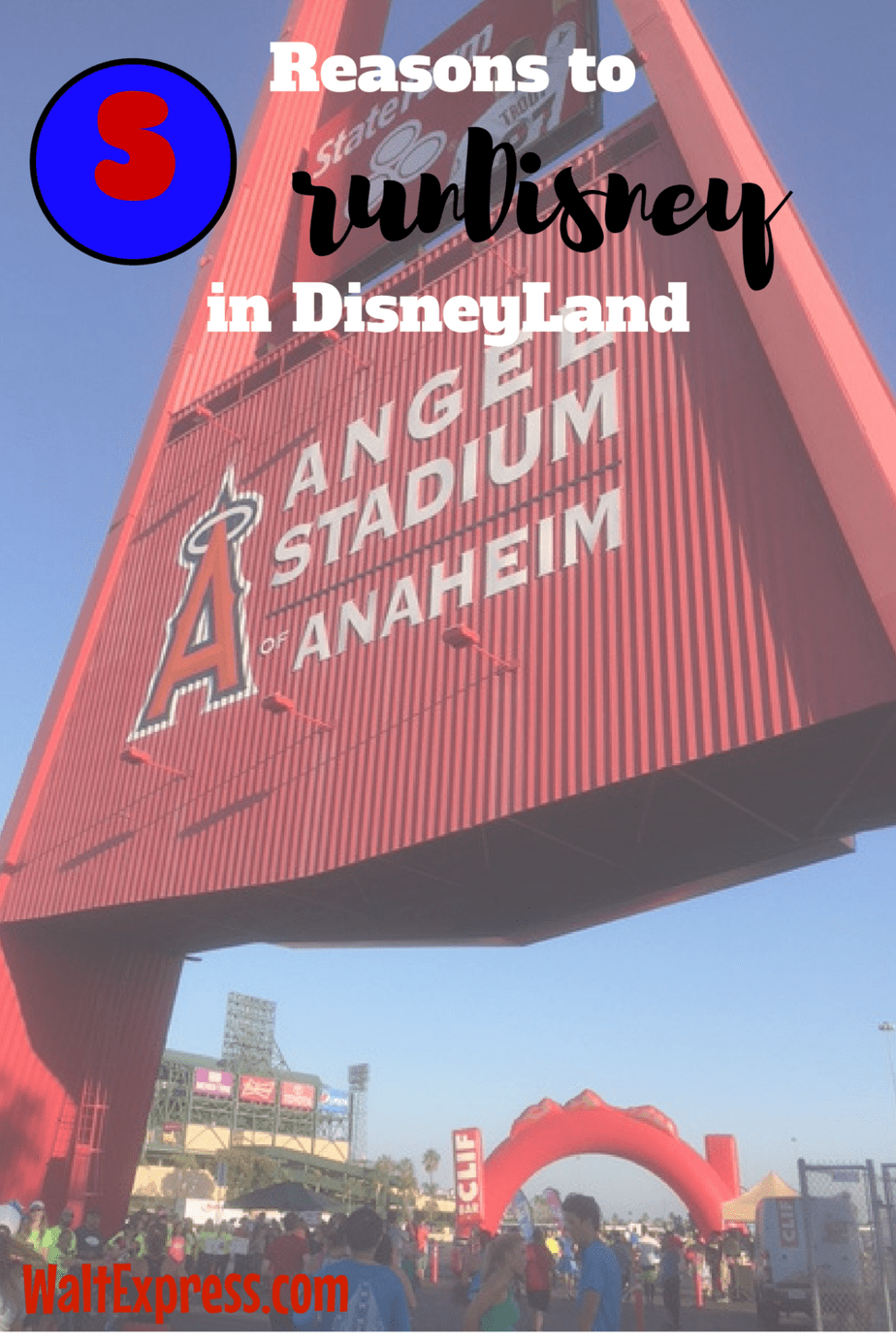 I will admit, I’ve only done 2 races in Disneyland.  So I will have to compare to other races when I do more. However, it seemed for both the 10k and the Half that the early morning “hecticness” that I am accustomed to from Disney World wasn’t there.  It helped that we could walk to the start line.  We weren’t dependent on buses and didn’t have to wake up at 3 am to go stand in a holding areas. The sense of calm was certainly one of the biggest take aways I got from my experience.  I won’t change my Disney World experience for anything, but it is nice to have a different feeling on the West Coast. Something always to look forward to next time I venture out that way.

So let me ask you…  Have you done a Coast to Coast race?  Have you done a race at Disneyland and Disney World?  What did you pick out that was different enough to stand out? Continue this discussion or discuss other Disney specific topics on Disney Express Lane Facebook page.

Get ready to Walk in the Park on your next Disney vacation!