Soarin’ Around the World at Epcot: A Disney World Review 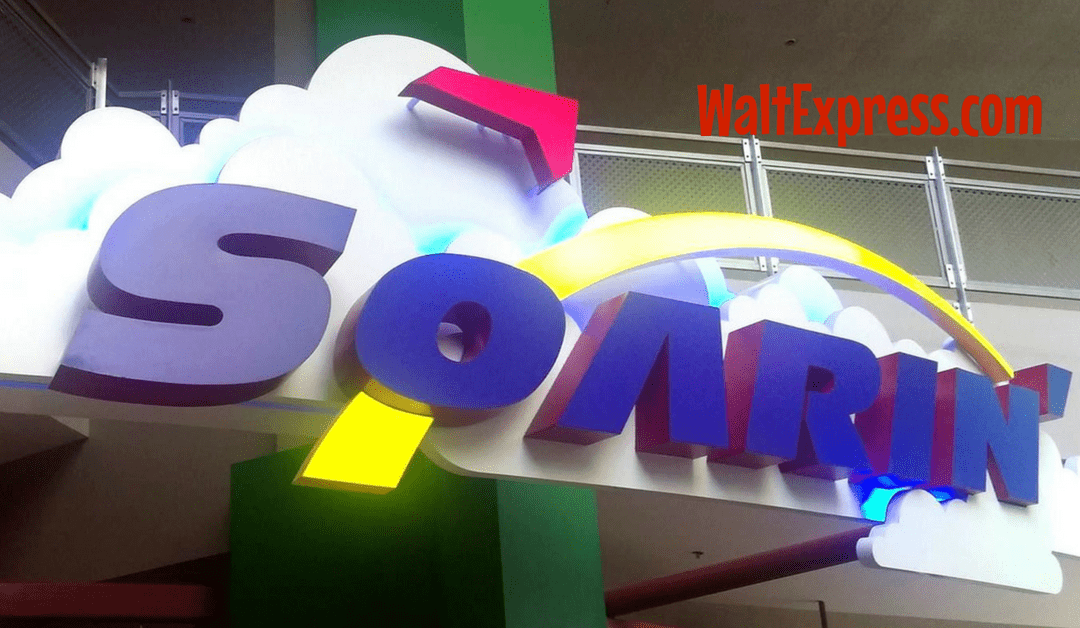 DISCLAIMER: I generally always have a video to accompany my blogs but not so with Soarin’ Around the World. Disney is very strict about no videography or photography during this experience and well, I’m a rule follower. Honestly, even if I had a video of Soarin’ Around the World it would not do it justice. This is a ride you definitely need to experience in person. So there, I just gave you a great excuse to book your next Disney World vacation!

You will find Soarin’ Around the World in The Land Pavilion at Epcot. After entering Epcot, head straight to 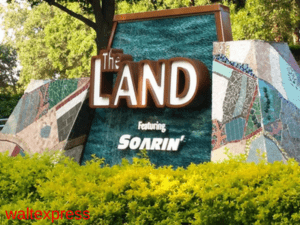 Future World. You will want to go right at the water fountain walking past the Epcot Character Spot. Keep going straight and the path will lead you to The Land Pavilion. Stay to the right after entering the building and you will take the escalator or stairs down to the bottom level. The entrance to Soarin’ Around the World is on the left in the back. An elevator is also available to get to the lower level.

Soarin’ Over California was the original film of the attraction. You soared over California landmarks such as the Golden Gate Bridge, Napa Valley, Lake Tahoe, downtown Los Angeles and 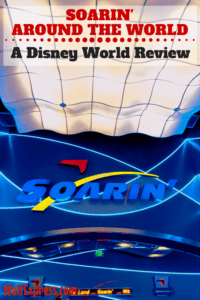 Soarin’ closed in January 2016 for a major refurbishment. Not only was the attraction switching to a new film, it was also adding a third theater to hold more guests. Soarin’ reopened Memorial Day weekend of 2016 with the original film and switched to the new film June 17, 2016. The third theater made the stand-by and FastPass queues flow much better.

The queue for Soarin’ Around the World is very similar to a concourse at the airport. However this concourse is Disney-fied to help you pass the time. If you are waiting in the stand-by queue to board Soarin’ Around the World, you can play the new game, Soarin’ Challenge. What exactly is Soarin’ Challenge? It’s a trivia game that will test your familiarity with global travel. Disney’s website says “answer questions on culture, cuisine, history, landmarks and more”. It’s very simple to play. Team up with your family and friends, grab a mobile device and head to the Soarin’ Challenge website.

Once you arrive at the “gate”, you will make your way to a small area where guests will be put into lines to prepare to board Soarin’. In this area, you will receive a safety message from the Captain via a monitor. 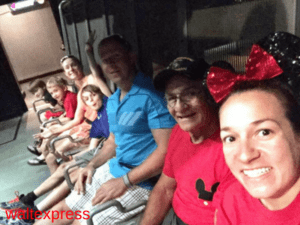 After the safety message, you will be led to your flight seats. There is a netted compartment underneath each seat to store any loose items and your shoes if you are wearing sandals that could possibly fall off during the flight. Once you are done putting your items in the compartment, you can be seated. The seat belt simple pulls across your lap and latches. There is a mark on each seat. If you do not reach that mark by height, you will need to put your seat belt through the loop as an added safety measure.

Once everyone is seated and the flight attendants check that everyone is secured correctly it is time for take off! Your seats will swing up into position and you feel as though you are suspended in air with your legs dangling.

Soarin’ Around the World has an amazing itinerary for your trip. The locations visited in Soarin’ Around the World are Matterhorn in Switzlerland, Isfjord Greenland, Sydney Harbour in Australia, Neuschwanstein Castle in Germany, Kilimanjaro National Park in Tanzania, The Great Wall in China, The Great Pyramids in Egypt, Taj Mahal in India, West and East Mitten Buttes in Monument Valley Utah, Lau Islands Fiji, Iguazu Falls Argentina, Eiffel Tower in Paris and ending in Epcot at Disney World.

To experience Soarin’ Around the World you must be 40 inches or taller. You can check height restrictions for other attractions right HERE.

You must transfer from wheelchair or ECV to board Soarin’ Around the World.

Video Captioning is available upon request.

Head over to Disney Express Lane Facebook Group to talk about everything Disney!

photo credit: CL Photographs Oh How I Wish I Could Be Here Right Now…. via photopin (license)