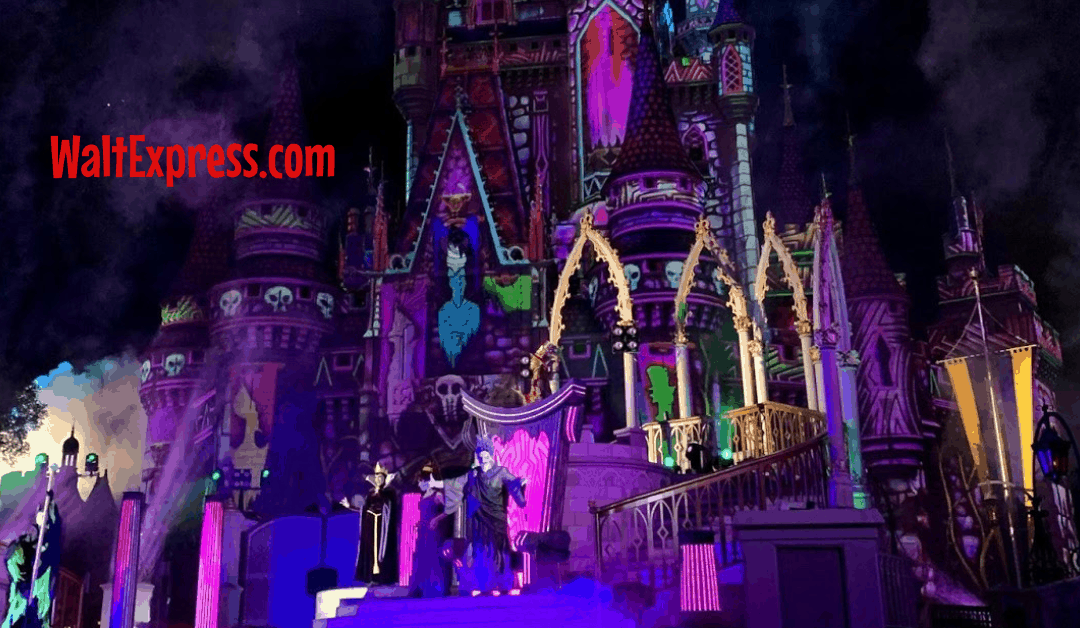 Calling all Disney Villain fans!! Disney World is offering a new After Hours opportunity that celebrates all of your favorite baddies and you NEED to experience it for yourself! This event is for a very limited time and we have the Disney Villains After Hours Event information you have been “dying” to hear!

Just very recently, I was able to attend the Disney Villains After Dark Event at Magic Kingdom and it was one of my favorite visits to the Magic Kingdom of all time! From the elaborate theming, new stage show featuring Hades and some of our other favorites who we love to hate (or is it hate to love?), and some villainous new snacks, Disney World’s Magic Kingdom has gone bad, in the best way possible! 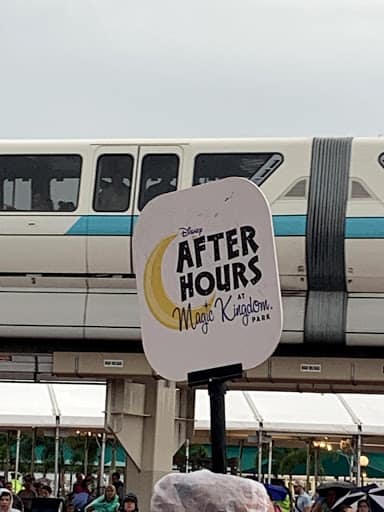 Disney Villains After Dark is a ticketed experience, meaning that regular park admission will not get you into the event. An extra hours ticket must be purchased either online or in-person and costs $139 plus tax. It officially runs from 10:00 p.m. to 1:00 a.m. I really felt this was a good deal because it wasn’t much more than regular park admission. I got lots of time in Magic Kingdom for that price in a park that was the least crowded I’ve ever seen it! You will receive an armband for this event. 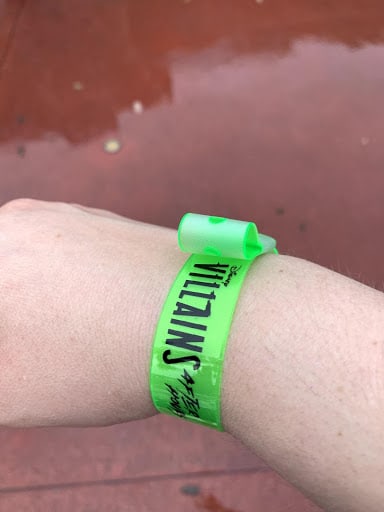 I was allowed to enter the park at 7:00 p.m. that evening, which meant that I was able to set up a few Fastpass+ reservations before the actual event started at 10:00 p.m.! I visited Mickey and Minnie in Town Square Theater, rode the Magic Carpets of Aladdin, Splash Mountain and more all before the Villains actually appeared!

Once the event started, villain-themed changes popped up all over the park, including special lighting, Magic Shots, and a new Villainous version of Cinderella’s Castle! A DJ was front and center on the Cinderella Castle stage spinning tunes and dropping beats to keep everyone energized and feeling the ‘bad’ vibes all night long. This was an amazing time to get some great pictures in front of Cinderella’s Castle with such a small crowd and have an awesome Magic Shot too! 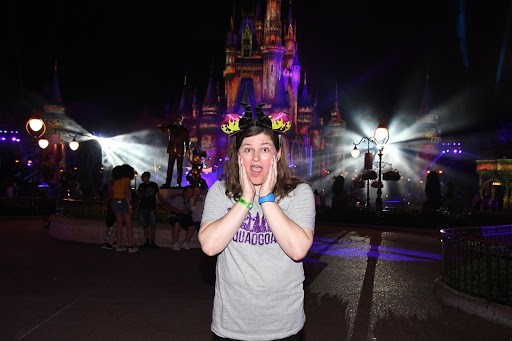 There were some new villainous twists added to classic rides during the event and my favorite was Pirates of the Caribbean. I loved the inclusion of a certain infamous pirate captain and those who tried to warn you – and Captain Jack Sparrow – to stay out of his way! 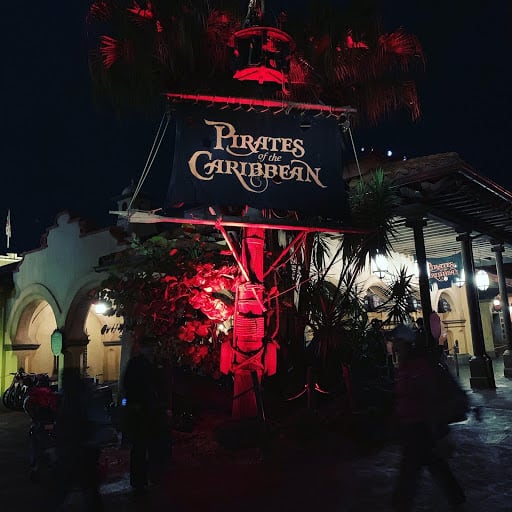 I don’t want to forget to mention that Maleficent the Dragon is roaming around as well! She is my favorite part of the Festival of Fantasy parade and at night she really shines! Accompanied by her henchman for an extra spooky touch she was definitely worth the wait!

Perhaps the thing I had been looking forward to the most were the Villain themed snacks and I was not disappointed! The long-awaited Maleficent cone from Storybook Treats was well worth the wait. With lime sherbet in a chocolate cone, purple sprinkles, and chocolate horns it was so good it was ‘bad’! My second-place snack was themed after my favorite baddie: Dr. Facilier from Princess and the Frog. Dr. Facilier’s Tarot Card tart from Sleepy Hollow is a must have for peanut butter and chocolate fans. With a delicate crust and full-on peanut butter flavor topped with a chocolate tarot card, I could have eaten these all night long! 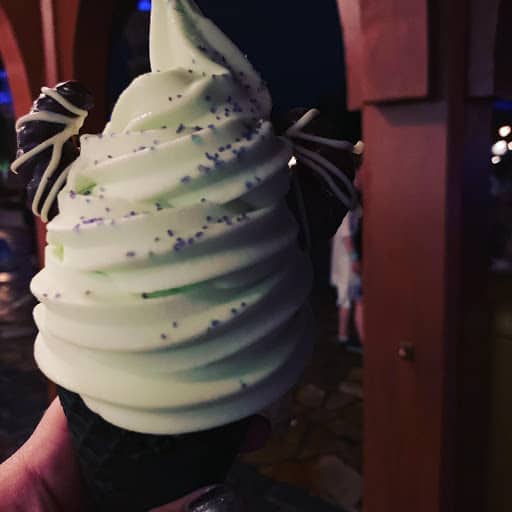 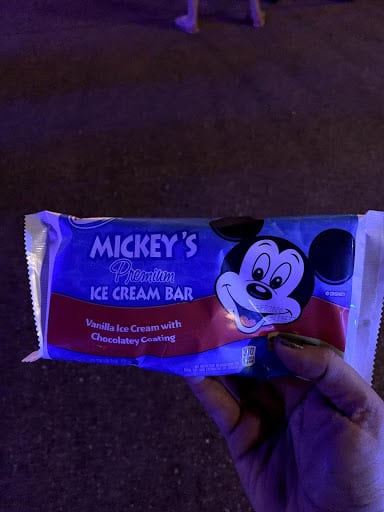 Last but not least, the Villains put on quite a show! “Villains Unite the Night” was a fun stage show that really topped off my evening. With a smaller crowd, I was able to get an awesome view of the show that was hosted by Hades himself. The show also featured some other fan favorites including Jafar, the Evil Queen, Dr. Facilier, and Maleficent! Throughout the show the Disney Villains come and show up, show off, and come together to rule the Universe! The show was full of impressive stunts, lots of fire, and some definite Disney Villain humor, mainly from Hades. 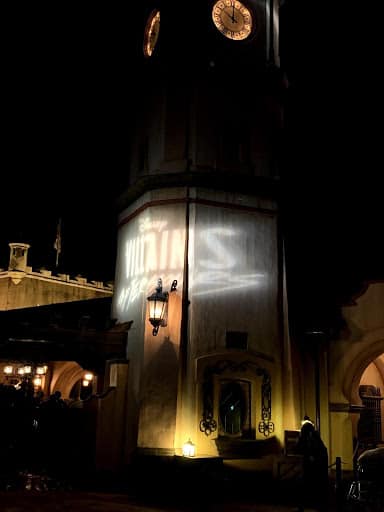 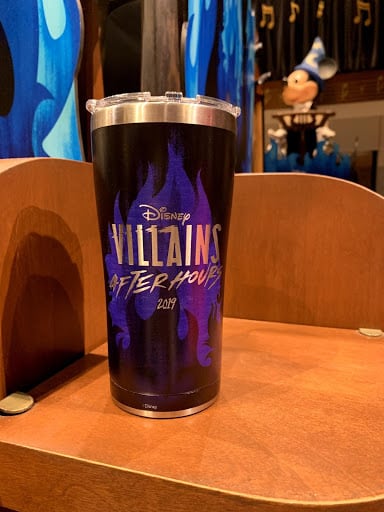 To top everything off, there was some really cool Villains merchandise available. From t-shirts, pins, patches, and drink cups there was a little bit of everything for everyone. 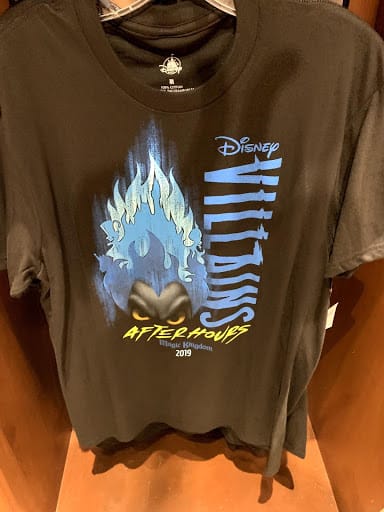 There were also some opportunities for face painting, Villains style of course, that you could take advantage of. 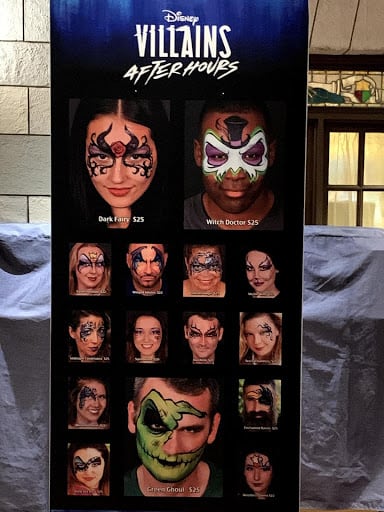 And I think it may be worth noting again that the wait times due to small crowd sizes were amazing. It’s no secret that Magic Kingdom is my favorite Disney World park and I could not believe how short the wait times were. I was able to ride everything I wanted at least once and some more than that without standing in a crazy line. At this event there is the chance to ride your favorites over and over with minimal wait!

Don’t be scared, there are still plenty of nights left to attend Villains After Hours for Summer 2019:

Disney Villains After Dark was a great experience for not just Villain fans, but anyone who wants a chance to experience the Magic Kingdom with low crowds and lots of extra time to explore the park at night! I would definitely go again and encourage anyone who has the chance to go to do so. And hey, grab a Maleficent cone for me!

I also wanted to include the map for the event, so you can have a game plan ready for when the big night arrives! 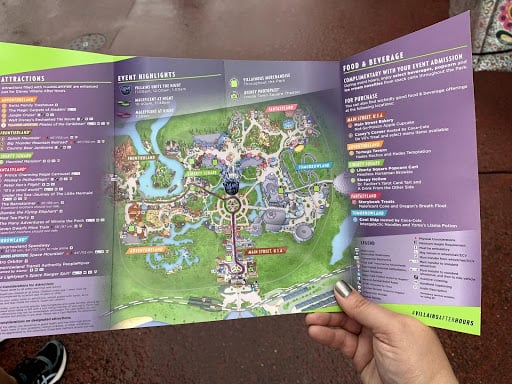 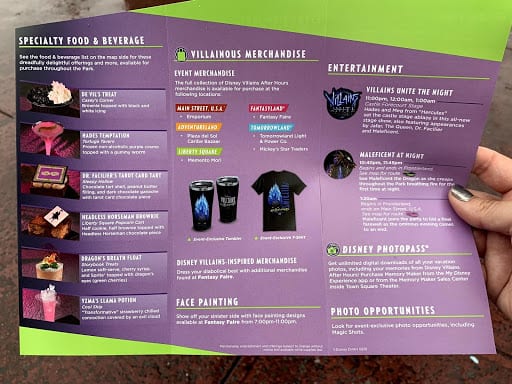 JUST ANNOUNCED! Disney Villains After Hours is back in 2020!

Here is what we know so far: 24 select nights February 7th through July 10th! That is 24 nights of villainous fun!! There has been a price increase. Tickets for Disney Villains After Hours go on sale today, 10/28/19! You can purchase tickets in advance for $145 plus tax or $155 plus tax on the event night. That’s at $10 savings if you buy early! Plus, Annual Passholder and Disney Vacation Club Members can take advantage of a $30 discount.

While visiting the Disney Parks, be sure to pick up some souvenirs! Here are some of our faves!

We totally wish you would join our Facebook Group, DISNEY EXPRESS LANE! Join us for lots of Disney information and fun!

Thank you to our friend, Vince for sharing some of his beautiful pictures from the event with us!

Callie is a mom of three, a proud Texan, and a Disney, Star Wars and Marvel fanatic. Her love of Disney began at Sleeping Beauty castle 25 years ago and has only grown since then! When she’s not traveling to Disney or planning her next Disney vacation she’s writing for Walt Express sharing tips, tricks, and all her Disney secrets!